Pyrrhic victory. I was reminded of this term a few days ago.
It is when winning decimates *almost* everything, so winning is basically not worth the cost exacted to achieve it. I believe I have seen this effect on teams during and after very long development projects, the dreaded ‘death march.’ The projects aims might be valuable and completely worthwhile, but at what cost?
Sometimes, the stresses and strains of such endeavours decimate the team tasked with delivery. Relationships are strained or break, enthusiasm is replaced with cynicism, previously open minds are closed to protect for harm and monotony. Previously conquered silo’s re-embed themselves. 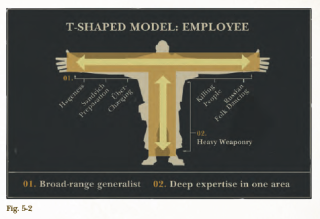 Consider those precious ‘T-Shaped’ people, who are consistently pushed to their limits and burn out, or retreat back into their shells. As a complement to the determined specialist, these guys (and encouraging more of them to flourish) are the key to unlocking effective delivery. Their flexibility and enthusiasm are their best qualities and worst enemies in this context.
So before you embark on the ‘next big thing’ (with emphasis on the big), take the time to consider its impacts on the humans who deliver it and split it into manageable but valuable pieces. Or you might be left with a delivered project, but no one willing (or even around) to celebrate it.